On Tuesday, the New York Times ran a story about a Montana City Wounded to its Core. The story does a good job of capturing the thin dusting of angst that has settled over downtown Bozeman. 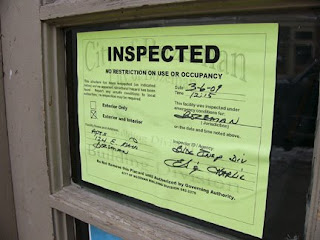 Most business not directly affected by the recent explosion have re-opened and traffic now flows (in one direction at least) on Main Street. But the explosion and the stinking economy have ushered in an unwelcome reality that even Bozeman isn't immune to the cold reality of the "outside" world. 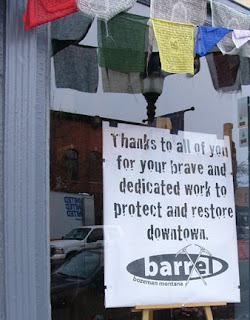 In our building -located directly across from the blast- office workers whose interactions were once limited to holding doors open and the occasional hello - now make formal introductions. Jars of candy and small plants have been exchanged as gifts, conversations have moved beyond "where were you" to "how are you doing"...."when are they going to put your windows back - and take down the plywood?". People are noticeably coming into work just a few minutes later in the morning. I keep my keys, wallet, cell phone and camera all together now in my bag - next to my chair. The Bozeman Daily Chronicle published a story today about acts of kindness, including an unidentified man handing out $20 bills to downtown residents and businesses. 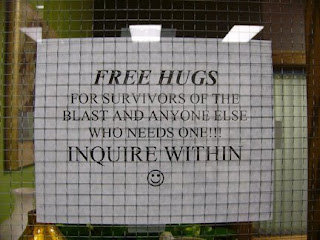 Beyond the shell-shock, the economy has helped shutter a few business on its own. As the NYT article states so well, just a few months ago, things couldn't have looked brighter for our little town. Now several already closed businesses downtown combined with the recent destruction give this city something it hasn't seen in a long time: an edginess that suggests even optimism has its limits. 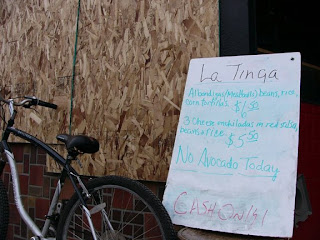 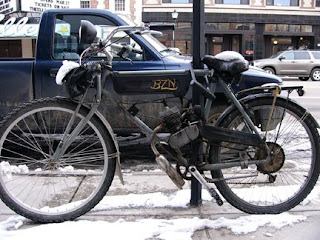