While the Heath Ranch land is parched after months (arguably years) of drought, the Texas Hill Country still charms with its rolling hills, limestone-lined creeks and rivers, substantial oaks and pecan trees, and the cedar scrub which seems to grow everywhere. We have been looking forward this portion of the trip for some time. We were married in a large grove of oaks below the house and I am eager to return to the site - this time almost five years after the ceremony. 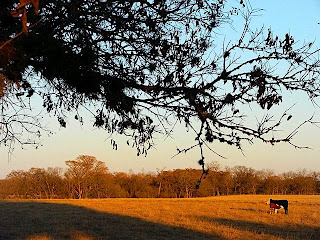 We decide that we'll take the long way to the Ranch - wanting to seek out a little local wine and the dried sausage I would drive 1,600 miles to eat. In fact, that's exactly what I've done.

Texas Wine? It's true and we actually brought some home. Not as unlikely as it may seem, the phylloxera plague that threatened European wine as we know it in the 1800's was stopped thanks in part to the naturally phylloxera-resistant American grapes - which happen to grow quite well in Texas. T.V. Munson grafted American root stocks with European Vinifera with much success.

The Sistercreek Vineyards winery drips with Hill Country charm. Small, using the local construction of limestone walls and a metal roof, the tasting room houses a few cases of wine along with a couple of tables set up with the product.

Lining up with the other day-trippers, we decide that we're going to taste all eight wines offered by the vineyard: Chardonnay, Pinot Noir, Merlot, three Cabs, and two Muscat Canellis. The Chardonnay and Merlot both surprised us. The chardonnay had a pleasant, almost austere nose. Among the reds, the Merlot actually showed some balance and wasn't overwhelming the palate with jammy-bubble-gummy flavors many young new world reds exhibit. We leave the vineyard with a box in the car and piqued sense of curiosity about Texas wine in general. 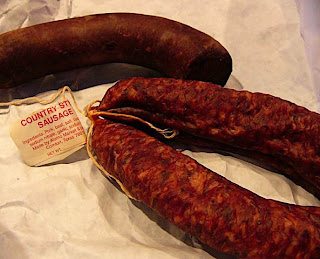 Next stop, the unincorporated town of Comfort, Texas. We stop by the Alamo market and butcher shop to pick up some of the best dried sausage I've ever had. It has a firm texture which melts in your mouth the way a good Italian salami does. Although, this is no Italian, it's Texan all the way, the smoke tells you so. In the meat case, we also spot other hand-made goodies: blood sausage and two, TWO, kinds of head cheese. We leave with a few rings of the dried and one ring of the blood sausage and head to the ranch. 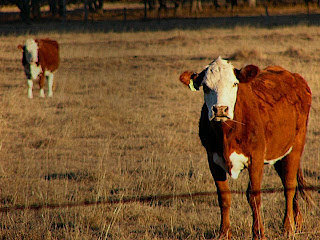 Dinner on the ranch is as delectable as I would have hoped. In addition to the recent sausage that we picked up that afternoon, we scarf down three different kinds of sausage and red cabbage, or Rotkohl, we brought with us from Kuby's deli in Dallas. Food tastes good in the 100+ year old home inside its foot-thick limestone walls. While a bit cool by local standards to eat outside, I head out shortly after dinner to take in the lingering sunset that is underway outside. 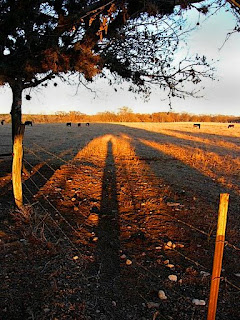 The thirteen-hour drive to Santa Fe, New Mexico looms and after the light show of the sunset shuts down, we head back to Boerne. I am especially thrilled with our little visit to the Ranch; and slightly restored by the few minutes that I spent on the screen porch listening to the wind hiss through the screens and staring out at the meadows, oak stands, and the prominent hill in the distance named Jungfrau by the Germans that settled here. 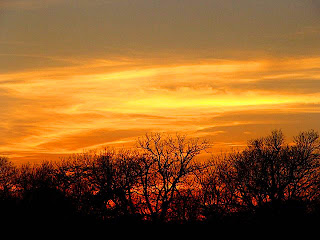 The road trip continues tomorrow as we plunge into the slightly less familiar territory of southeastern New Mexico, before heading to the all-too-enchanting destination of Santa Fe and what is the wonderfulness of northern New Mexico. 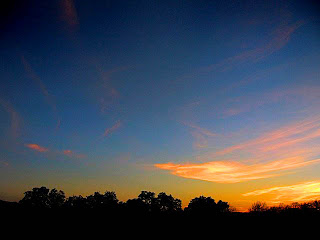